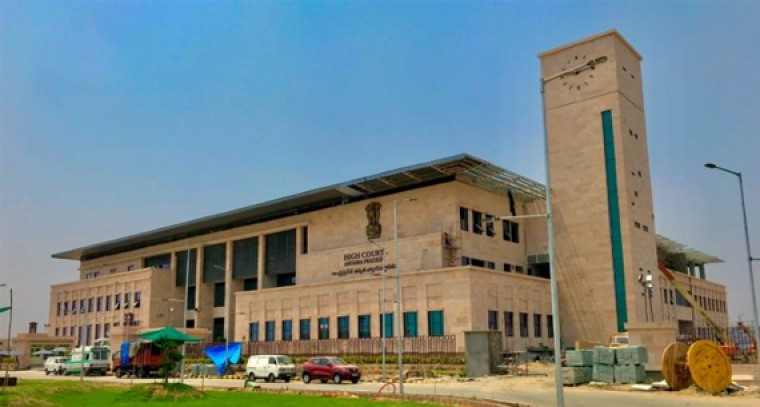 Amaravati, June (IANS) Nimmagadda Ramesh Kumar on Wednesday moved Andhra Pradesh High Court, alleging that the state government is resorting to contempt of court by not allowing him to resume office as the State Election Commissioner (SEC).

The High Court admitted for hearing Ramesh Kumar's petition, in which he alleged that the government wilfully and deliberately violated the May 29 order of the court reinstating him as the SEC.

"In total disobedience of the order dated May 29, I am not being permitted to be restored to my earlier position as SEC and discharge the duties, as the election notification (for local bodies) is continuing to be in force," he said in his petition.

He brought to the notice of the court that former high court judge Justice V. Kanagaraj, who was appointed in his place in April, was still being treated as the SEC by the government.

Kumar has named the Chief Secretary, Panchayat Raj Secretary and SEC Secretary as the respondents. He claimed that they committed the contempt and are liable to punishment under The Contempt of Courts Act.

The YSR Congress Party (YSRCP) government had issued an ordinance on April 10 to sack Ramesh Kumar as the SEC following a row over the postponement of local body elections.

Within hours after sacking him, the government appointed Kanagaraj as the new SEC.

On the petitions of Ramesh Kumar and several others including BJP leader Kamineni Srinivas, the High Court on May 29 struck down the ordinance, declaring it unconstitutional. It also set aside the orders appointing Kanagaraj as the new SEC.

Rajesh Kumar had issued a circular to all District Collectors, CEOs of zilla praja parishads, District Panchayat Officers, and Municipal Commissioners the same day, stating that pursuant to the High Court orders he stood restored to the office of SEC.

However, the next day he withdrew the circular after Advocate General S. Subramanya Sriram stated that Ramesh Kumar's action of issuing a circular is illegal as the High Court had not asked him to take charge.

The state government challenged the High Court order in the Supreme Court, which on June 10 refused to grant a stay on the High Court judgment. It called for response from all respondents within two weeks.