Seven killed in a tractor-truck collision in Andhra 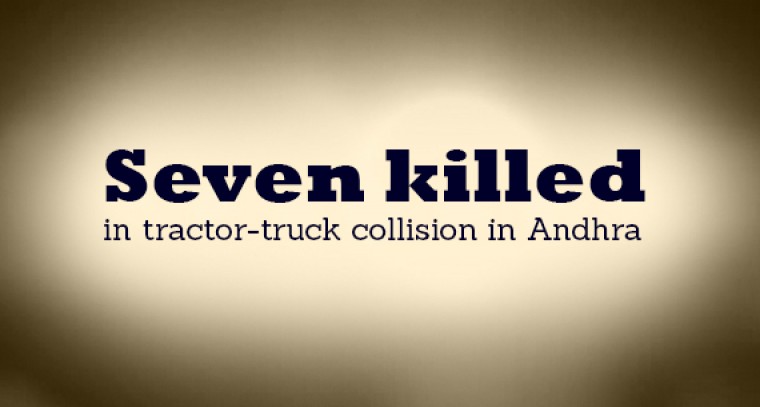 Vijayawada, June 17 (IANS) At least seven persons were killed and 16 others injured in a collision between a tractor-trolley and a truck in Andhra Pradesh's Krishna district on Wednesday, police said.

The accident occurred near Vedadri in Jaggayyapeta mandal, about 75 km from here.

According to police, the tractor-trolley was carrying 25 to 30 people from Telangana's Khammam district who were on way to the Lakshmi Narasimha Swamy temple at Vedadri.

The deceased included four children. The injured were shifted to a hospital at Jaggayyapeta, where four of them were said to be in critical condition.

Police have registered a case and launched an investigation.