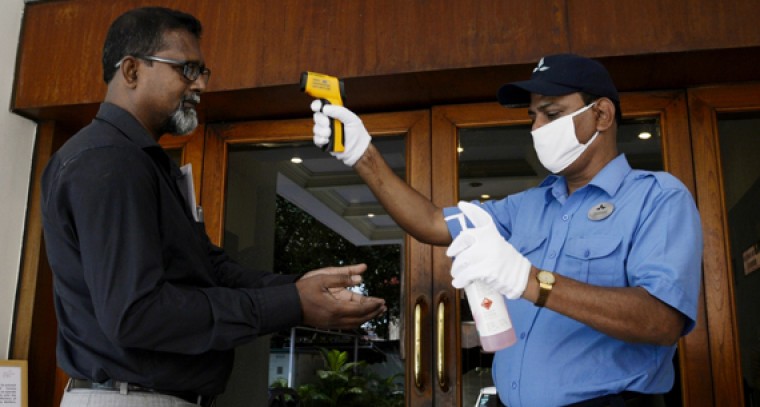 A third Covid-19 case was reported from Andhra Pradesh on Friday with a person who recently returned from Saudi Arabia testing positive.

According to officials, the man who hails from Visakhapatnam had returned from Saudi Arabia on March 12.

With this, the state reported a positive case for a second consecutive day. A man, who had returned from London on March 15, had tested positive in Ongole town of Prakasam district on Thursday.

The first Covid-19 positive case was reported from Nellore district last week. A youth, who had returned from Italy, had tested positive.

According to a medical bulletin issued by the health department on Friday, results of tests in 12 cases are awaited.

The health personnel have so far identified 966 people for observation and out of them 258 have completed 28-day observation period. As many as 677 people are under home isolation while 31 have been admitted to various hospitals across the state.

As part of the measures to contain the spread of Covid-19, the government has ordered shutdown of all educational institutions, places of worship, shopping malls, cinema halls, amusement parks, gyms, indoor and outdoor stadia besides banning congregation of people.