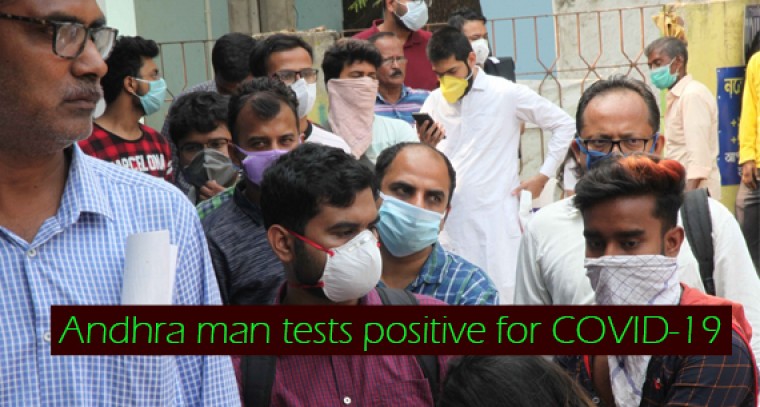 Amaravati, March 19 (IANS) A person who recently returned from London has tested positive for COVID-19 in Andhra Pradesh, taking the number of positive cases in the state to two, health officials said on Thursday.

The man returned from London on March 15, and was admitted to a government-run hospital in Ongole town with suspected symptoms of novel coronavirus.

Officials said his samples were sent to a virology lab in Tirupati. They tested positive for COVID-19.

The medical staff at Ongole hospital was directed to take all precautions.

The first positive case was reported from Nellore district last week. A youth, who had returned from Italy tested positive then. He is still undergoing treatment in a hospital there.

Three persons with suspected symptoms were admitted to hospitals on Wednesday.

The Health Department said so far 109 people have tested for COVID-19. While 94 were found negative, two were found positive. The reports of remaining 13 were awaited.

The state government has ordered closure of all educational institutions in the state from Thursday as a precautionary measure to contain the spread of the disease.